A Golden Eagle, Hard-Boiled Brown Eggs, and A Black Woman: What Do These Have to Do with Passover? 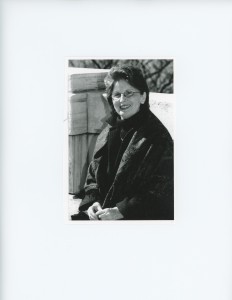 Adapted from the pages of The Rose Temple: A Child Holocaust Survivor’s Vision of Faith, Hope, and Our Collective Future, to be published in May 2016.

Three days before Passover in 2008, Lucia Weitzman dreamt that a golden eagle descended from the sky and embraced her with its wings. Onlookers watched in awe.

In a second dream the same night, she peeled two hard-boiled brown eggs, broke them apart, and ate the golden-colored yolks.

Finally, in a third dream, she took a train to her former home in Bochnia, Poland. Curiously, she did not see her adoptive mother, the Catholic woman who had nurtured her since Lucia’s birth parents sent their toddler to her home in a desperate attempt to save her during the Holocaust. But she see did her adoptive father, a flawed but heroic man, who was ill in bed. And then she was surprised to find a black woman there. She embraced the woman with love.

By this time, Lucia, was deeply engrossed in a spiritual, often mystical journey that was transforming her in ways she did not yet fully comprehend. And she was becoming adept at interpreting what her dreams were telling her. “The golden eagle is a messenger of Divine light,” she said. “It’s message: liberation, a central theme of Passover.” The Bible, in Exodus 19:4, relays this passage:

You saw that which I did to Egypt when I carried you on the wings of eagles and I brought you to Me.

“It is significant that I ate only the yolks in my dream. If there is ego and spirit or humanity and Divinity, then the golden yolks represent divine nature, or divine sustenance. When I ate them, they became one in my body. Divisions that I’ve felt for so long disappeared. I felt whole. I was one.

And the black woman I found in my home was symbolic of mother-love, a universal love that is the most powerful force in the universe. But she only appeared to me to be black. Rather than representing skin color, she was a projection of what I was seeing through a spiritual prism. She represented the potential of divine illumination.”

Months earlier, Lucia came across a passage that was inspired by the Biblical Song of Solomon.

Now she began putting it all together.

The Hebrews liberation from Egypt was not an easy one. As many commentators have noted, their mindset and spirit was still in many ways enslaved by the Egyptian ordeal.

The presence of Lucia’s adoptive father in her dream reflected her challenges with him and her situation in Poland after the Holocaust. Though she has long since left her hometown, true liberation requires love.

Passover is indeed a holiday marked by liberation. It’s recounting at Passover Seders around the globe has long transmitted universal messages of both freedom and responsibility. Yet there is no true liberation without love. That was true after Egypt. And it is still true today.